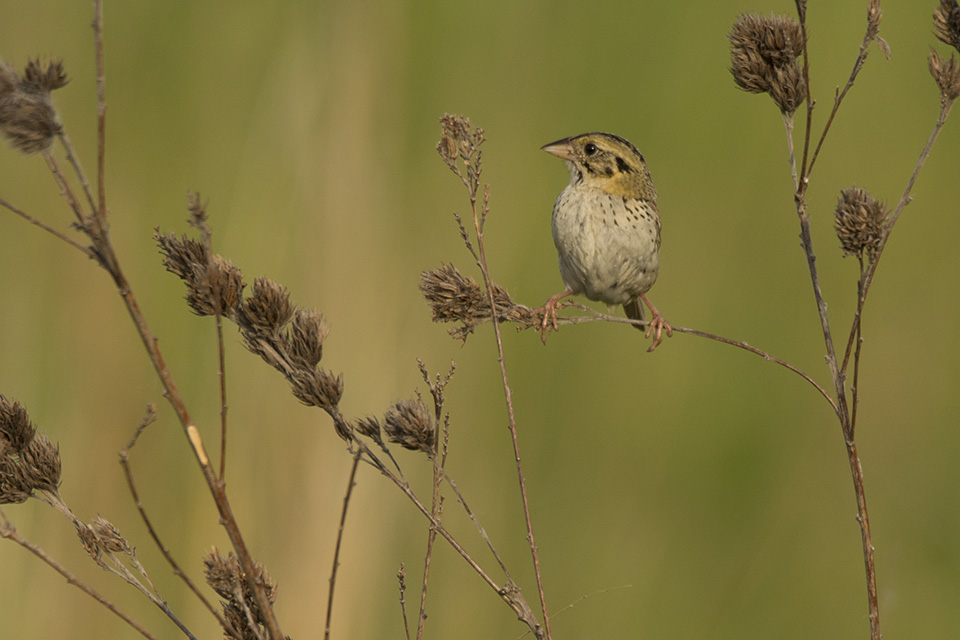 Henslow's sparrow perched on a stem by Thomas Dunkerton 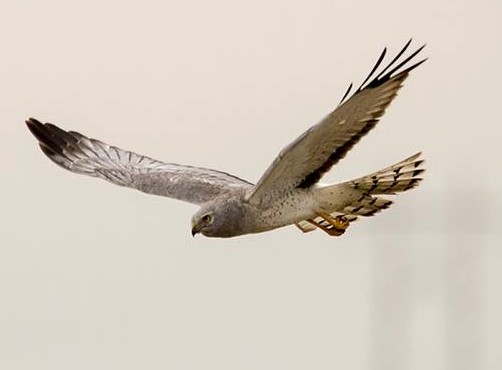 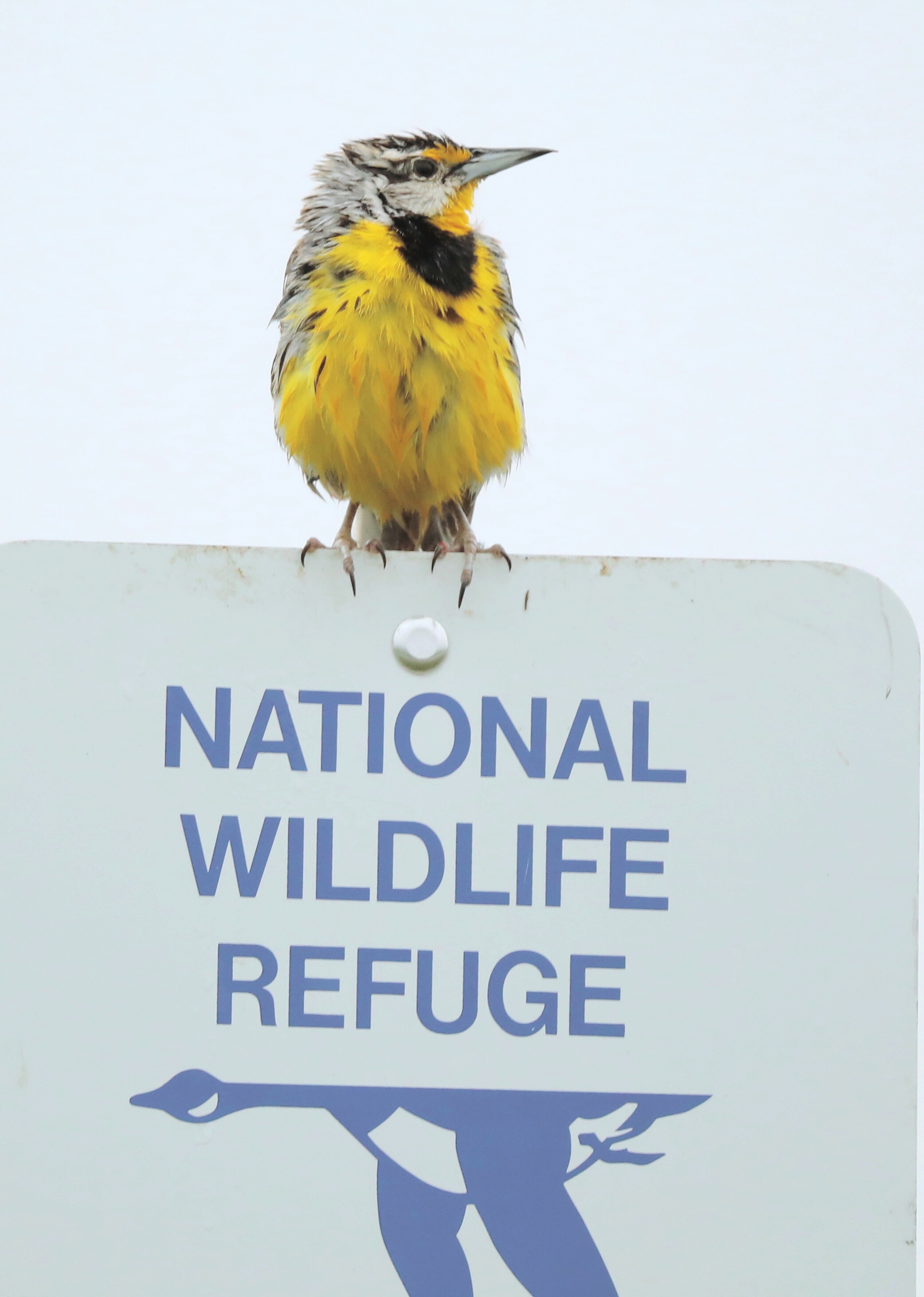 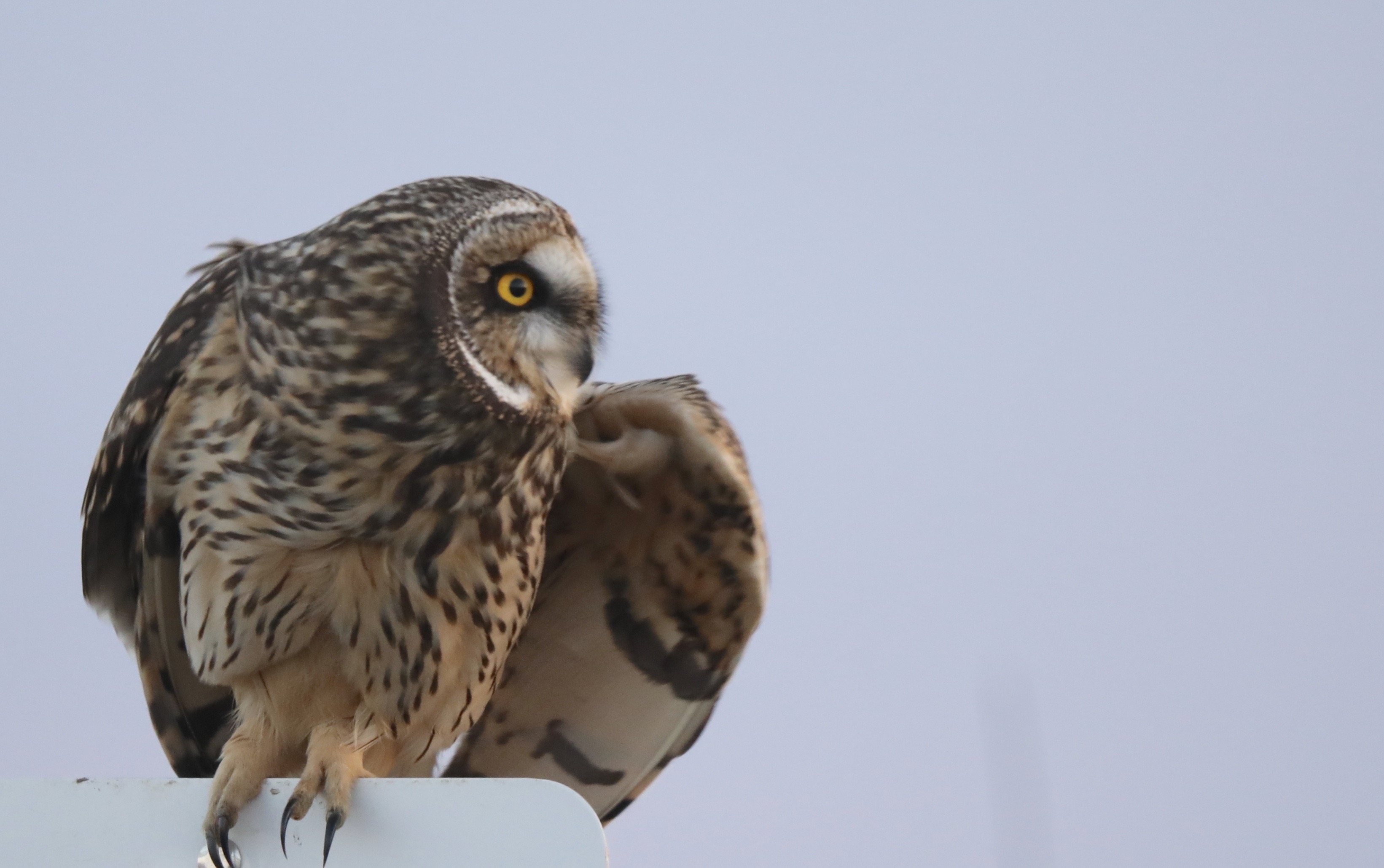 Aside from being important to bison and elk, tallgrass prairie is especially vital to grassland birds. Let’s meet some birds you might see during your visit.

The Henslow’s sparrow is one of the most sought-after species by birders visiting the refuge. They generally arrive in mid-April and stay until at least September. They are most easily seen when they are singing, usually mid-April through July. Look for them where there is standing dead grass from last year’s growth. Listen for their short, high-pitched songs (often described as a hiccup-like tsee-lik).

Although spring and fall are the peak seasons for migrating birds, some noteworthy species can be found in winter.

Short-eared owls, for example, can be found from October to April, generally visible around dusk and dawn. They are sometimes active during the day. Look for their irregular, moth-like wing-beats as they fly low over the prairie. If you’re lucky, you may see one perched on a signpost along the road.

Another winter species is the northern harrier, which can be seen from fall through spring, and sometimes during the summer. They are easy to spot as they soar low over the prairie hunting for rodents. You can find them almost anywhere on the refuge, especially where there are the fewest trees.