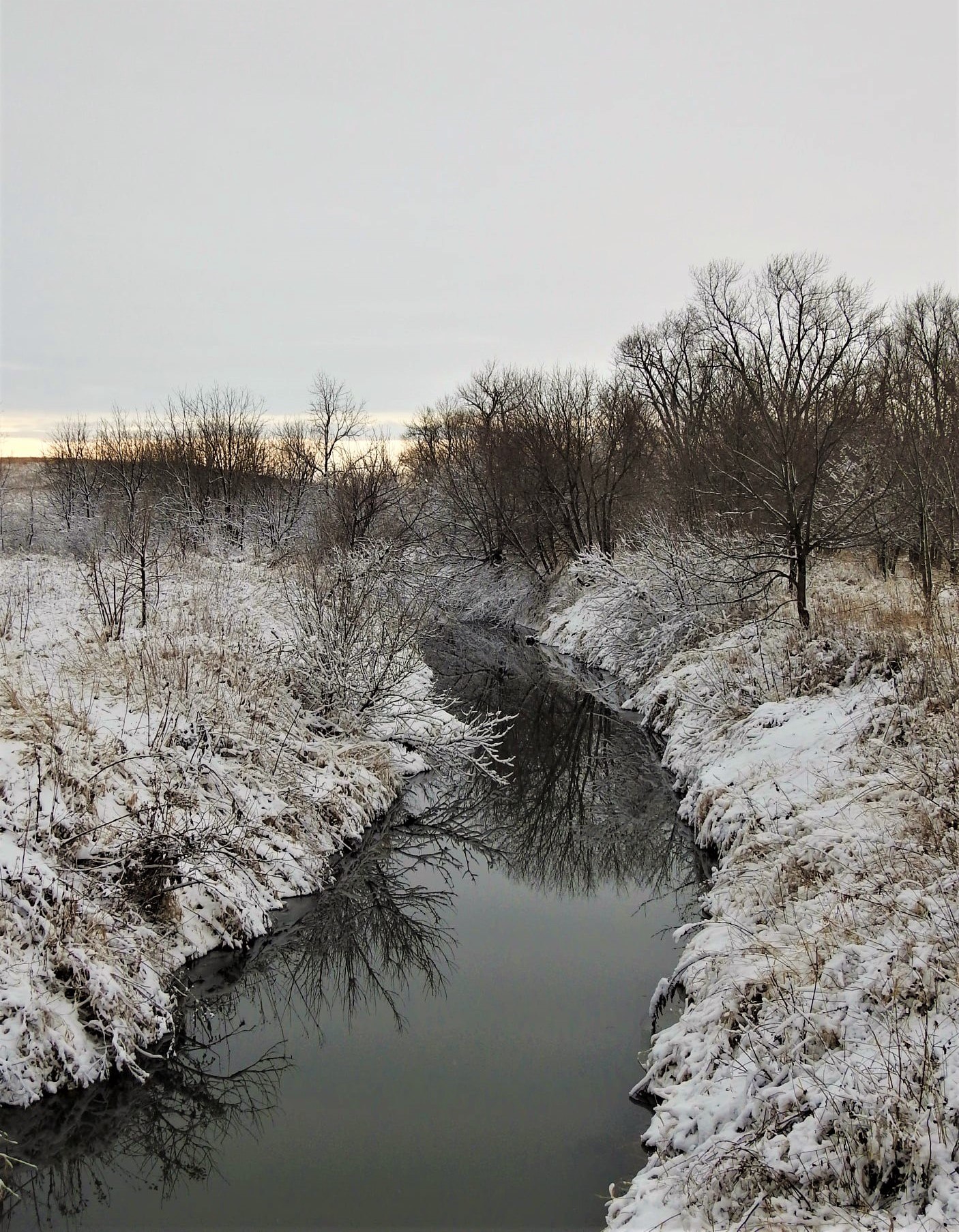 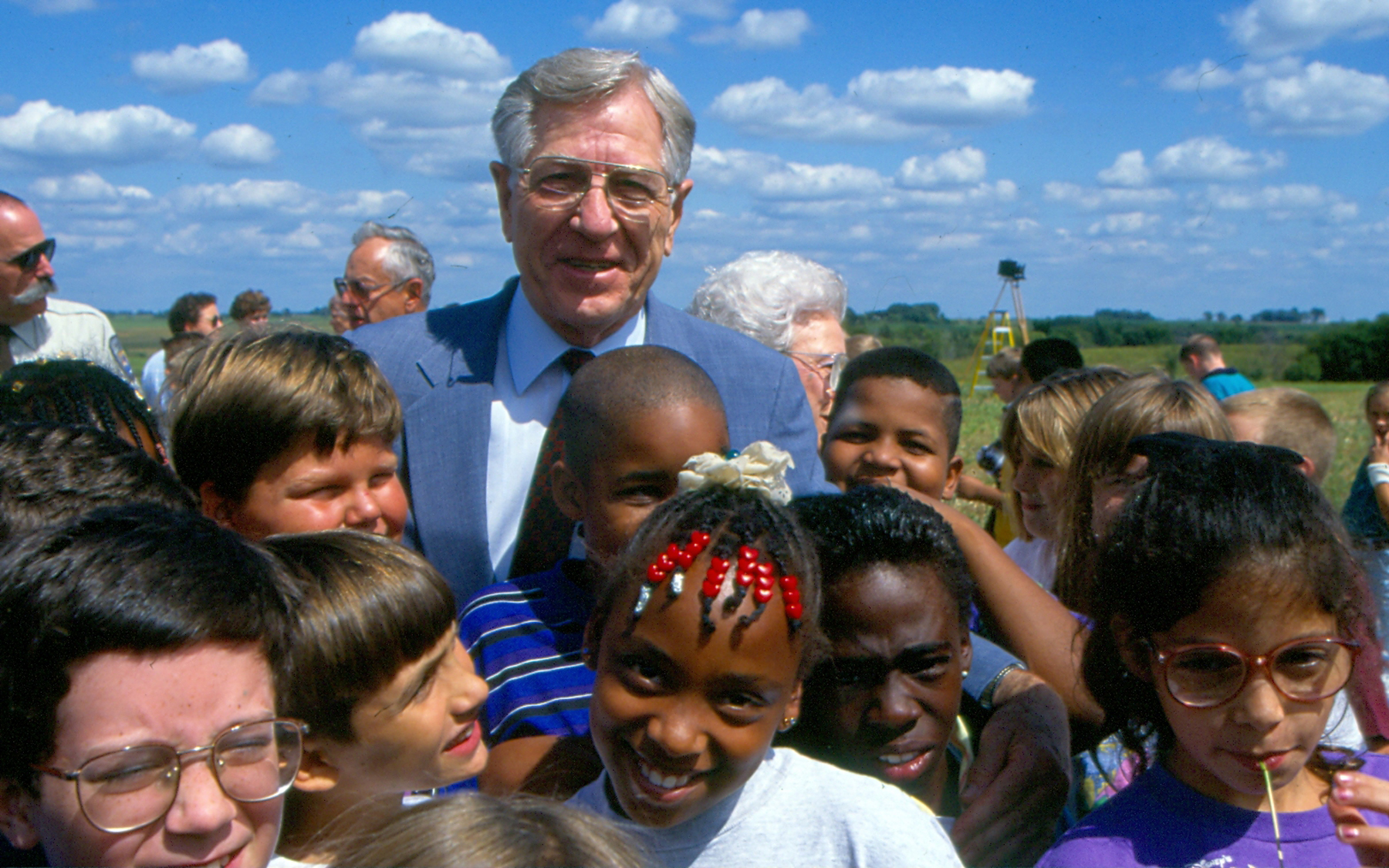 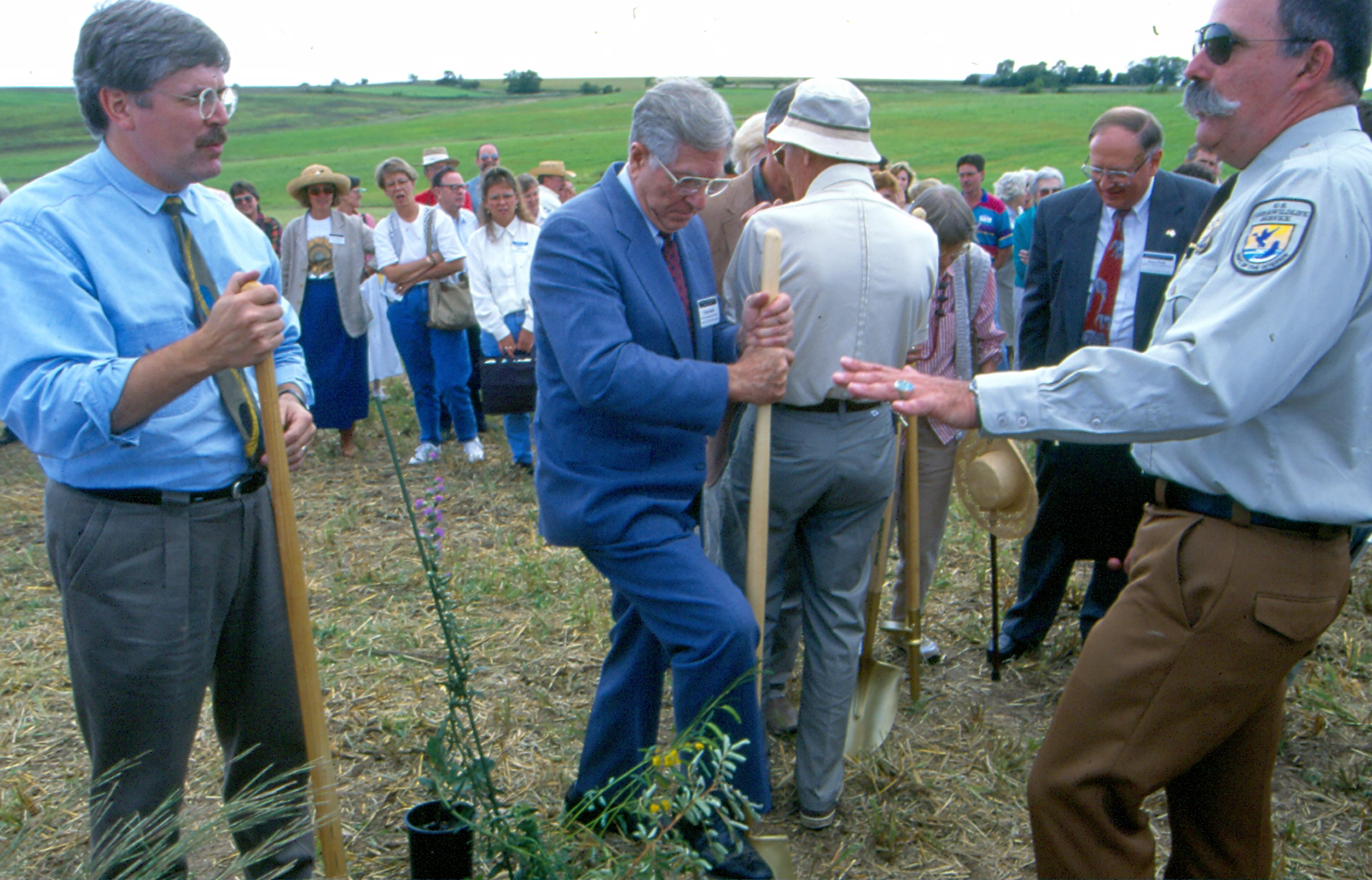 As we exit the bison enclosure, you’ll notice Walnut Creek—the refuge’s original namesake. The name changed to “Neal Smith” in 1998 to honor Iowa Congressman Neal Smith, who was instrumental in establishing the refuge.

Today the creek is the primary water source for refuge wildlife. Before becoming a refuge, however, the creek was intended to be used for a very different purpose: cooling a nuclear power plant.

Let’s flash back to 1960s Des Moines. Massive population growth was forecast for the coming decades, and with it the need for a reliable energy source. Iowa Power and Light Company, the energy utility at the time, began researching locations for a potential nuclear power plant.

The vast farmlands of Vandalia and Prairie City provided a unique opportunity for Iowa Power. It was near Des Moines, mostly undeveloped, and nearby water could be used for cooling.

Some landowners sold to the company. But the revealed purpose of the purchases created strong opposition.

Although the plant was terminated, Iowa Power still owned more than 3,000 acres near Vandalia, and began searching for a buyer.